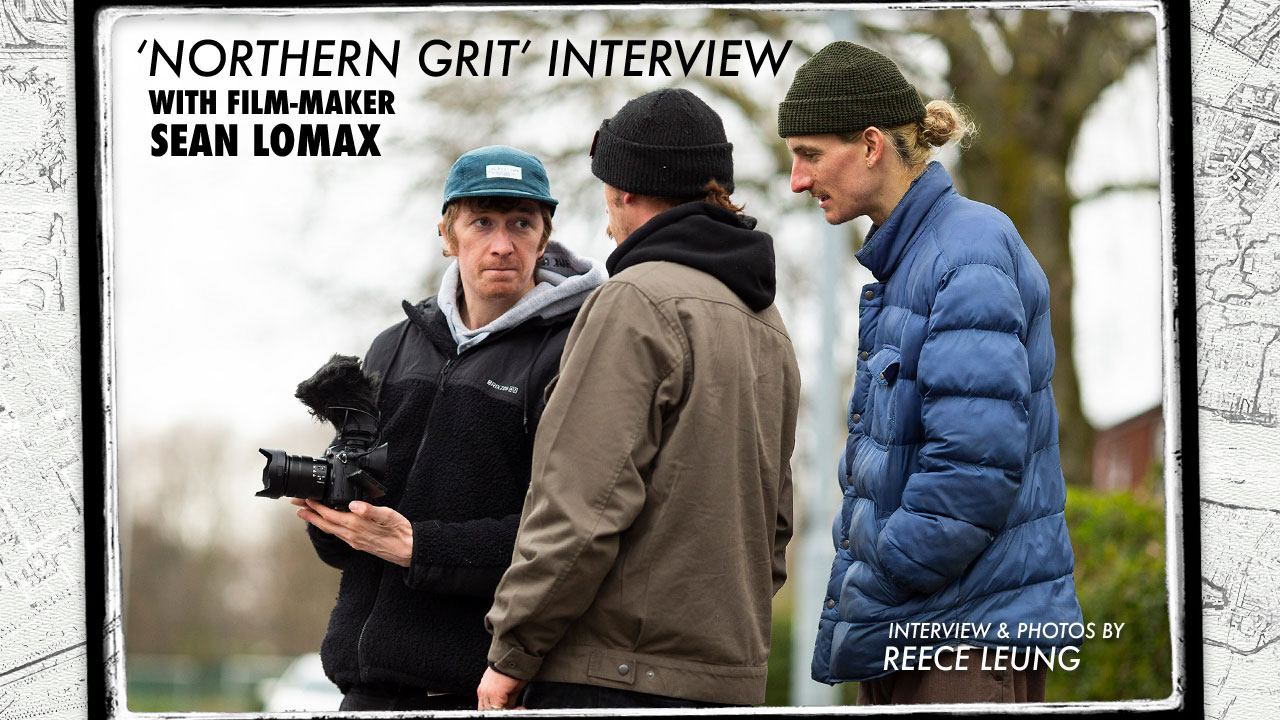 Through the crusty cobblestones, rough cracks, and mounds of pebbles, Harry Lintell and Sean Lomax showed us the roses in the concrete that Northern England has to offer in “Northern Grit”, an independently made video filmed mostly in Manchester, Leeds, and Liverpool.

Photographer Reece Leung was alongside for the majority of it and we asked if him to catch up with Sean so we could all learn a little more about how the video came together and the inspiration behind it. Enjoy over a cup of afternoon tea, cheers!

Yes, Sean! This part was filmed independently by yourself over the last few years. How did it all come about?

Safe Man! After I finished my independent full-length “The Cottonopolis Video” Harry and I started stacking a few clips on and off, but I guess the main reason we started this project was Covid. Last summer we were meeting up every other day just searching out new spots and taking advantage of having most of the city (Manchester) to ourselves.

The majority of this part was filmed in Northern England? Was this part of the original concept for the part?

Not really, it’s just where we both currently live. The only concept was to make it look as British as possible which I think we achieved pretty well apart from a couple of London/Euro clips. 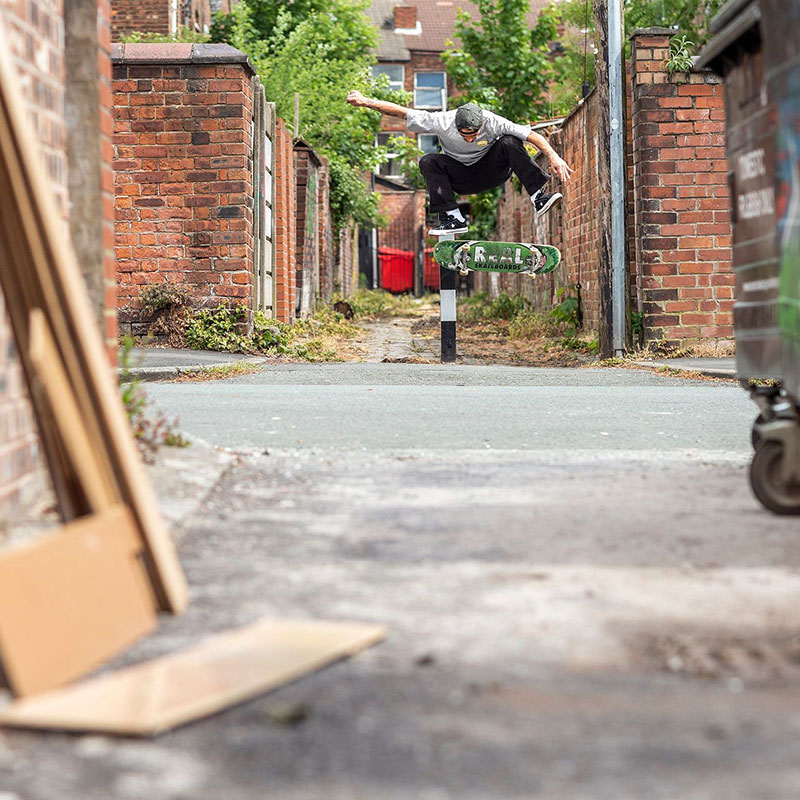 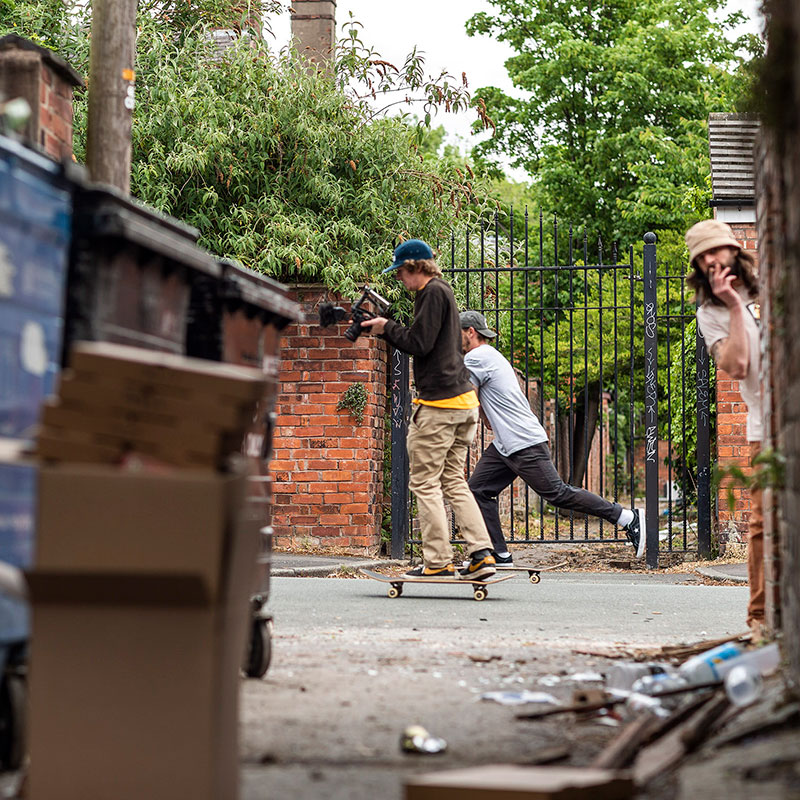 Did filming during a global pandemic become a struggle or did it unlock a few spots and help out in some ways with security and so on?

It was great at first as you could pretty much skate anything without any hassle! But at the peak of the pandemic, it was only me and Harry meeting up one on one to be safe. I think we both missed the vibe of having the crew there, you always filmed the best stuff when it becomes a big session with all your mates hyping you up. So that was the only struggle I guess, that and the pub not being open for pints after the skate.

You work as a freelance filmmaker full-time, can you elaborate on your style of filmmaking?

Yeah, I work as a Freelance 1st AC/Focus-Puller outside the whole skate world, mainly working on TV commercials and music videos.

Who’s your favourite person/celebrity you’ve filmed through your freelance work?

Ha, I’m not sure really. I guess I meet famous people quite frequently like big football players and TV personalities but I don’t know who they even are most of the time… the most famous people I met for me is when I went on a skate trip with Tom Penny and Arto back in 2012. It blew my mind! Especially when Flip Sorry was one of the first skate videos you watched! 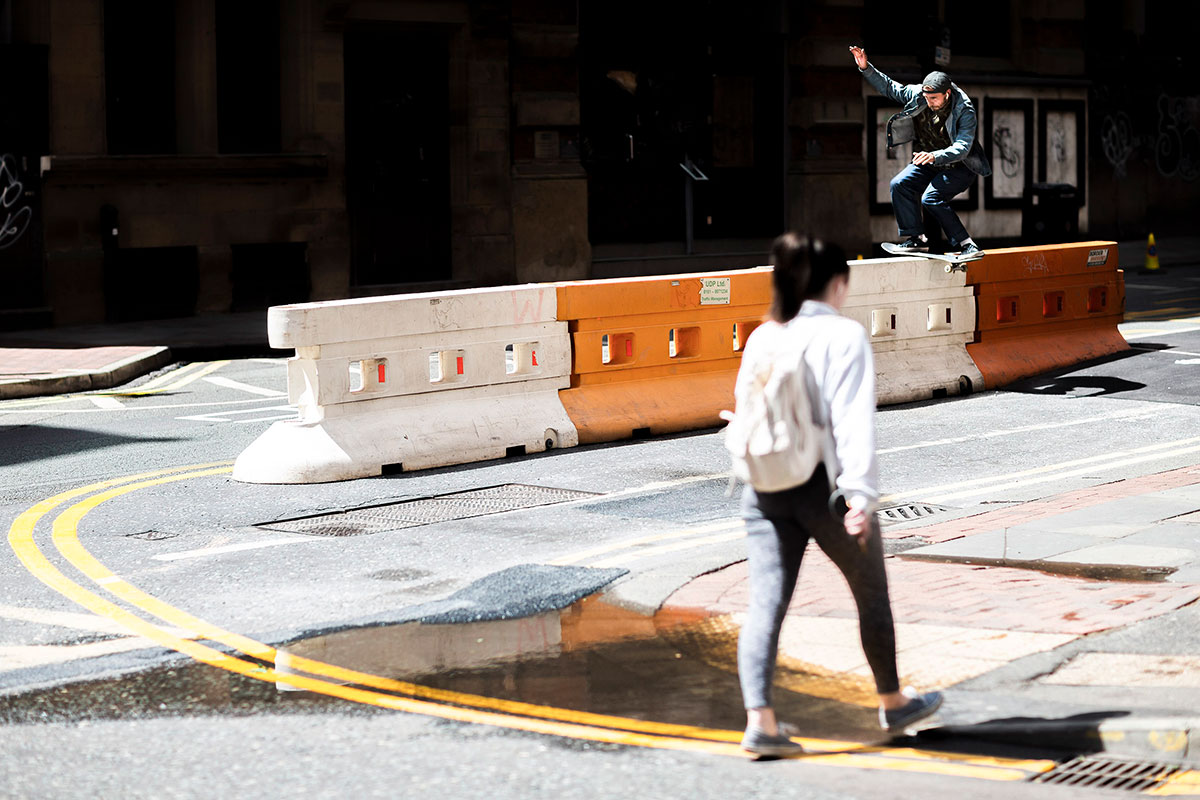 How did you juggle your full-time job whilst filming for Harry’s part? Was it nice to have a side project to work on?

I guess I always had to put work first as it’s my main income and then just get out filming on the days I had off. The main struggle was finding a day off when it wasn’t raining especially in the winter months.

Why did you decide to film this part independently and why do you think this is important? Did it give you more freedom when it came down to putting the part together?

I think Covid kinda decided that for us. Again, at first, we just stacking clips and just giving them over to whatever other projects Harry was filming for at the time, but then everything got put on hold so it just felt right to put all the footage we had into it our own project rather than mix it with with a load of footage that he filmed over in The States. 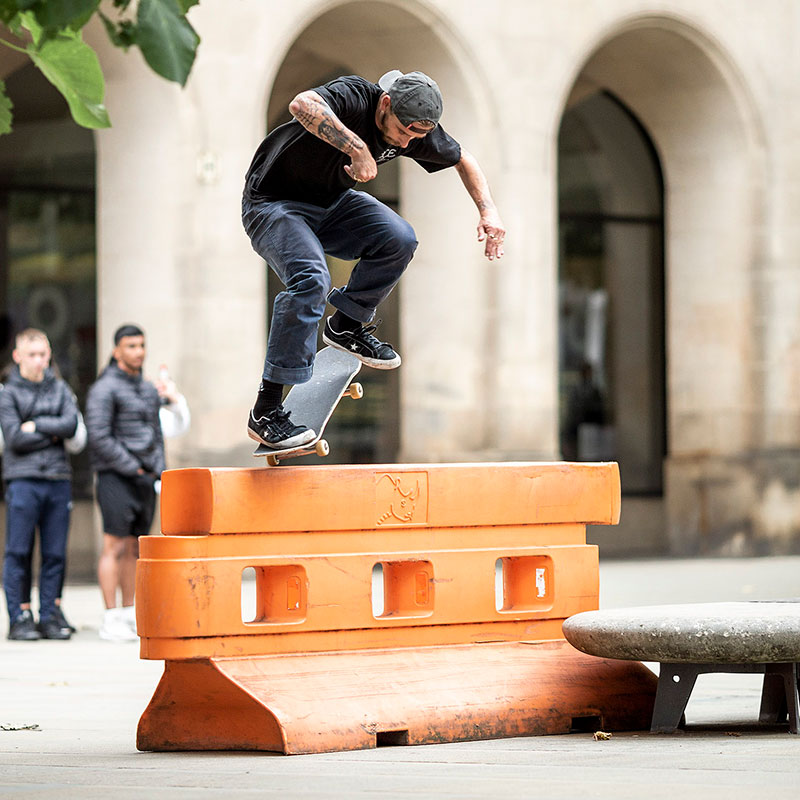 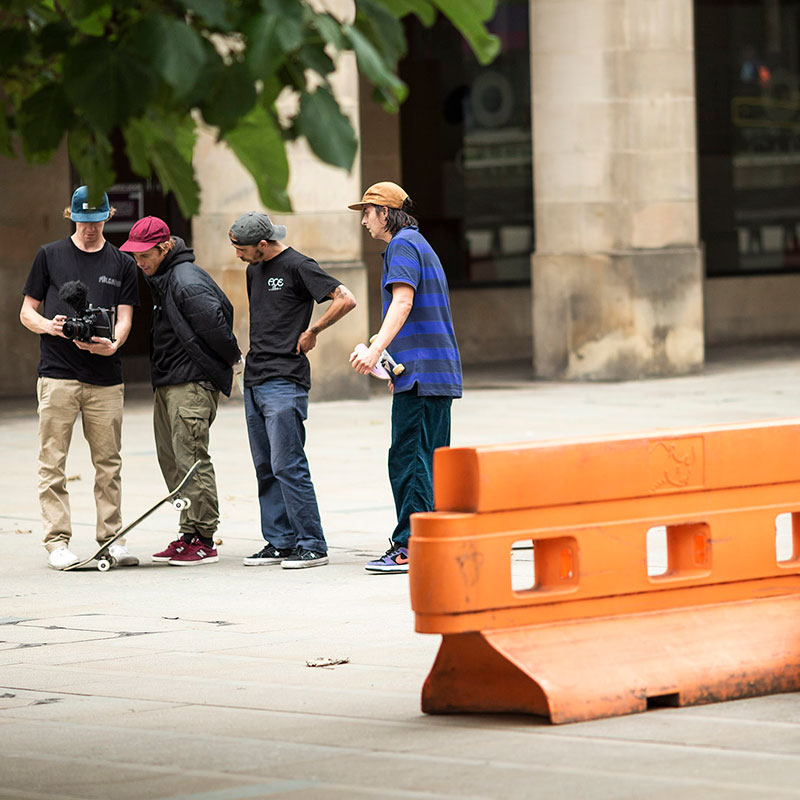 Harry doesn’t have much trouble with most tricks but were there any proper battles or freak first-go tricks?

Yeah, Harry can either do it 3rd try or it can be a complete saga… one trick he did out of nowhere was the noseslide flip to switch over the bench, he did a few noseslides and crooks and then out of nowhere he just flipped out. It was insane, the raw footage shows how surprised he even was. I think the main battle was the ender, the kickflip nosegrind, I think we had been 2/3 times to try it before, it’s always super windy as it’s on the top floor of a multi-story car park. The day he did it we were just passing by with no intention of even trying it, he battled it for a good hour I think but then put one down perfectly before it got too dark, I think Jiri’s reaction shows how stoked we all were.

Can you remember any interesting stories whilst filming for this part?

The pole jam 360, was one of those days where we had missioned about for ages but had nothing to show for it, we’re just about to leave a spot, and Harry sees an 8-foot signpost that’s bent ever so slightly. Out of nowhere he just starts pulling on it like a mad man saying ‘Let’s make a pole jam!’ before you know it he’s spinning back 3’s out of it. Kinda wish I’d filmed the whole process of it… 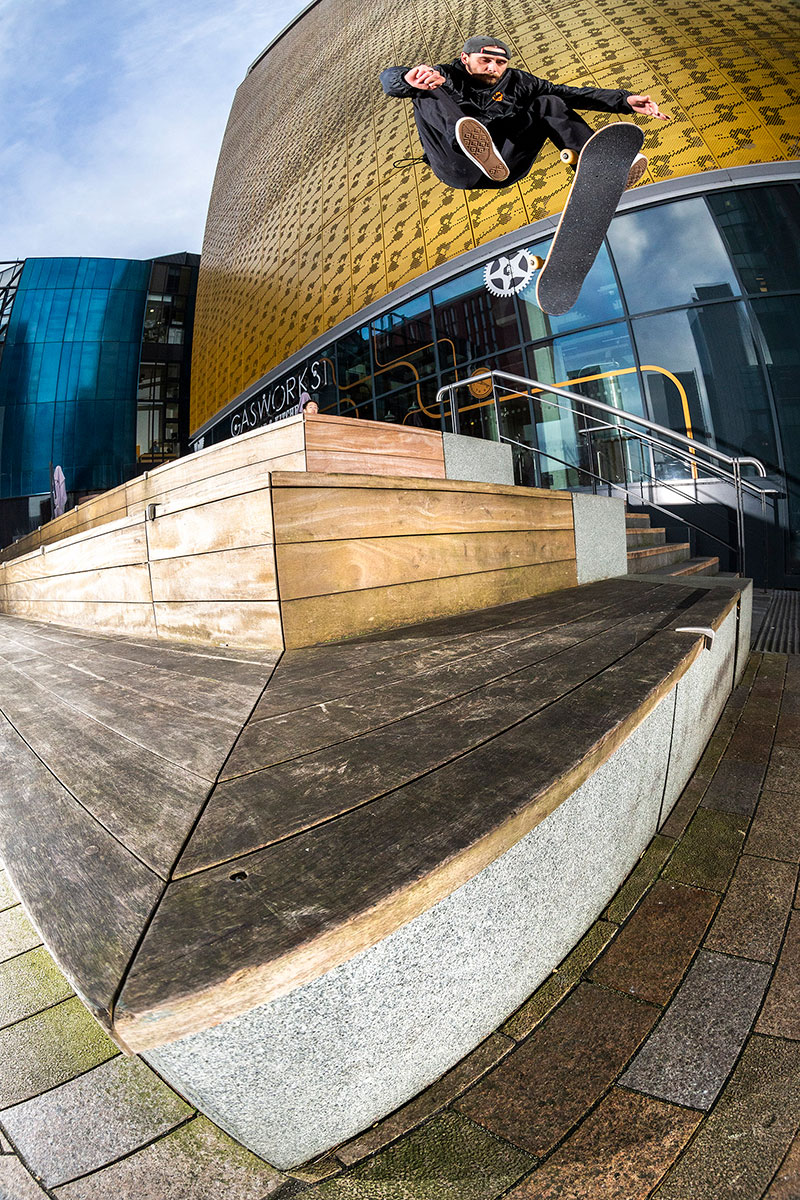 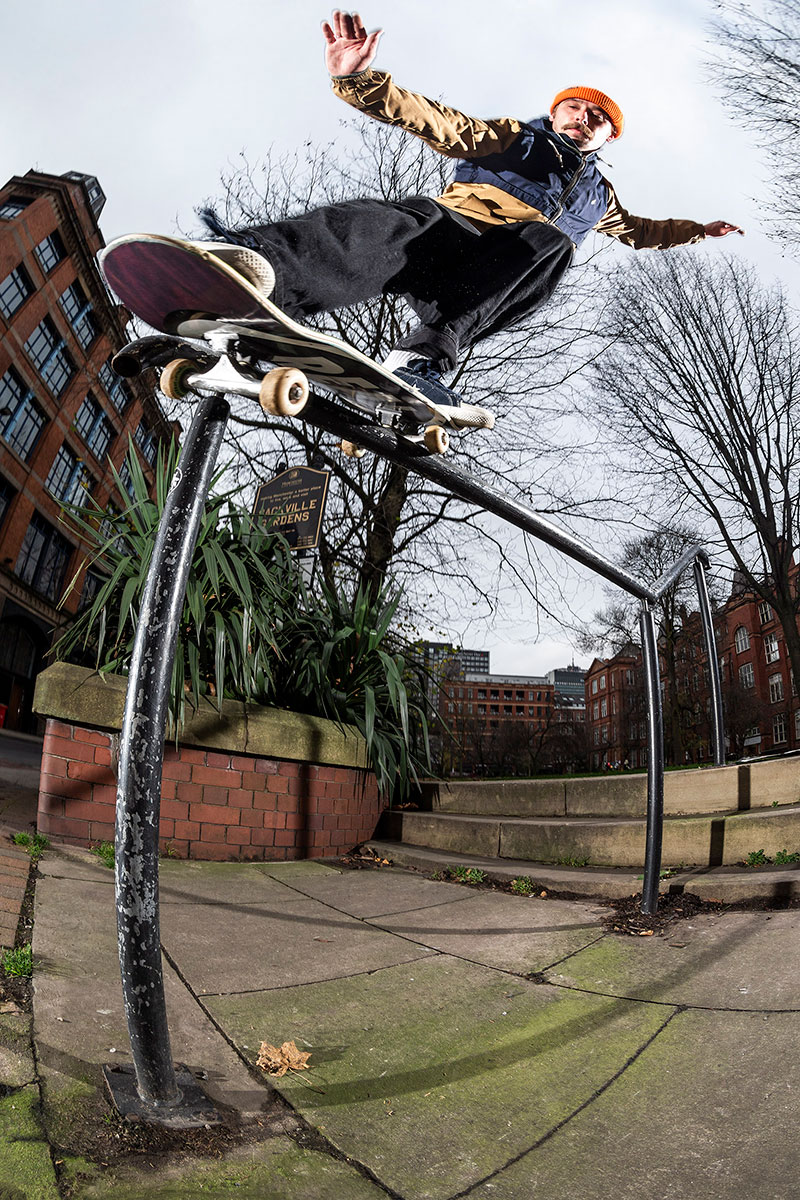 What’s your favourite clip you filmed and why?

I think it’s the opening line with the backside flip and the switch heel. Everything about it just makes a good clip, the tricks, the speed, the location, and all the aesthetics of the spots. 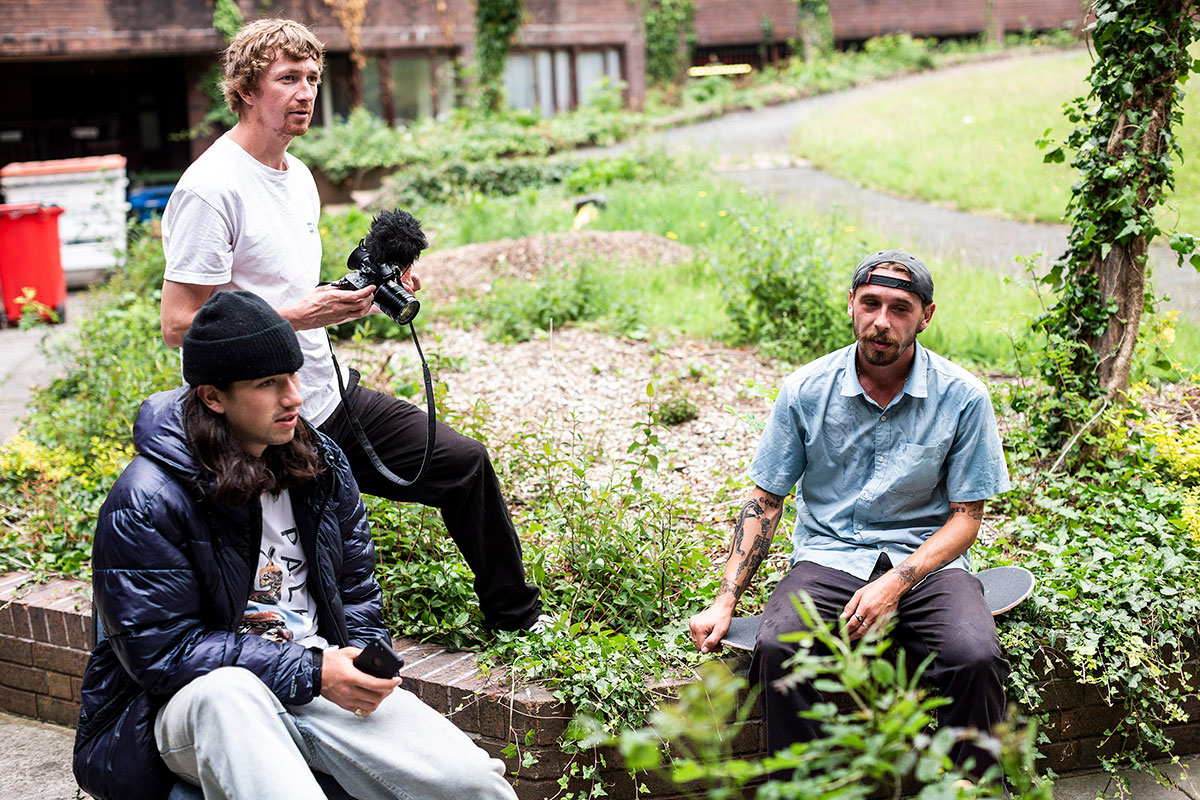 What’s next to come?

I’m not sure really, I know REAL and Ace have some projects coming up with Harry involved that we’ll probably film for, also helping my good friend Joe Gavin with his Maybe Hardware video which should be a banger!

Interview and photos by Reece Leung.